Welcome to the JET Programme

The Japan Exchange and Teaching (JET) Programme is administered through the collaboration of Japan’s local government authorities, the Ministry of Internal Affairs and Communications (MIC), the Ministry of Foreign Affairs (MOFA), the Ministry of Education, Culture, Sports, Science and Technology (MEXT), and the Council of Local Authorities for International Relations (CLAIR).

Aiming primarily to promote grassroots internationalisation at the local level, the JET Programme invites young college graduates from around the world to participate in internationalisation initiatives and be involved in foreign language education at Japan’s local government offices, Boards of Education, elementary schools, junior high schools, and senior high schools. The JET Programme has gained high acclaim both domestically and overseas for being one of the world’s largest international exchange programmes. We hope that all people involved in the JET Programme, both the participants and the local people with whom they live and work, will build an international network and become successful in today’s global society. 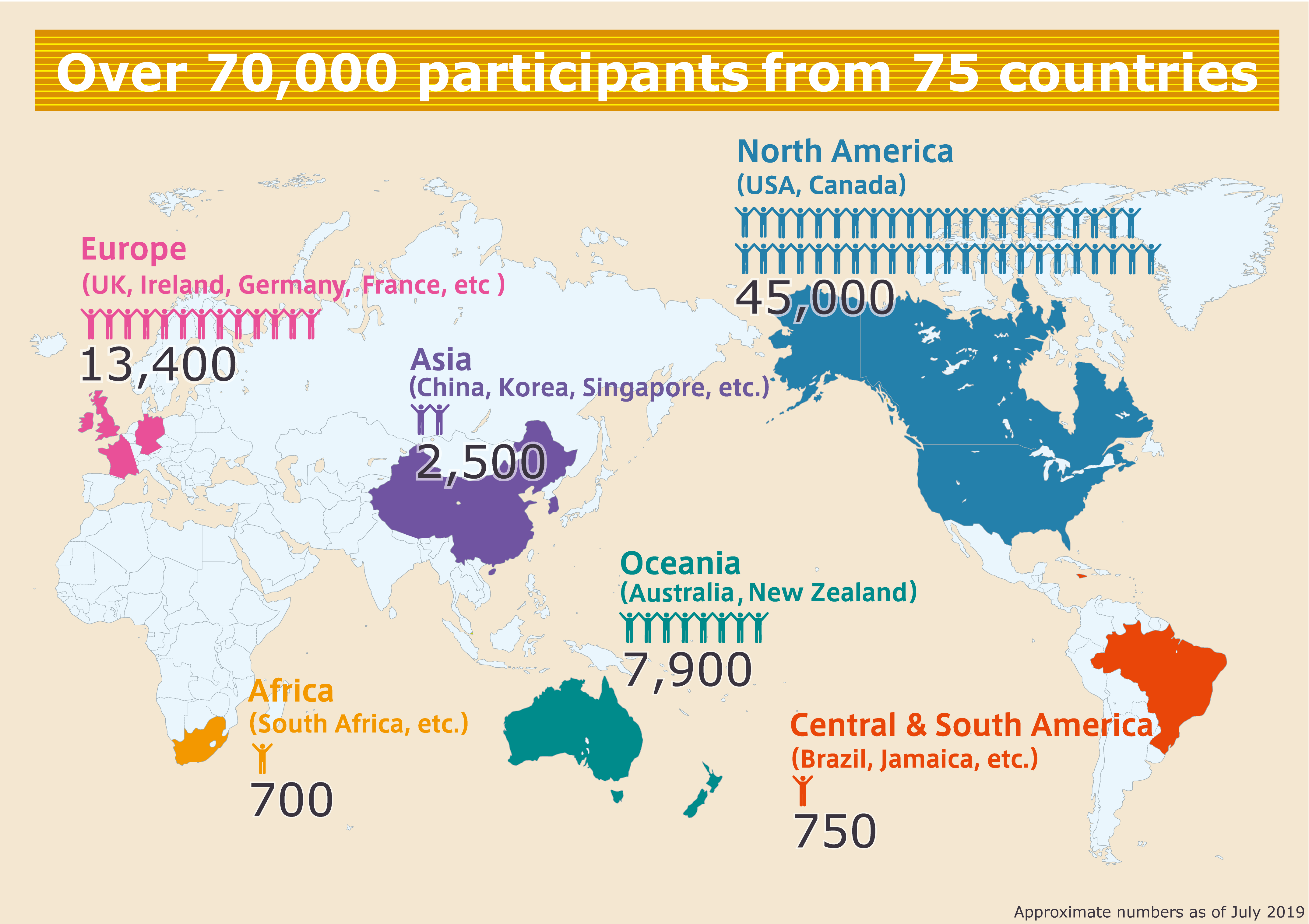 Through the international exchange activities of its participants, the JET Programme strives to make a continued contribution to the revitalisation of local communities throughout Japan.