The Council of Local Authorities for International Relations (CLAIR) hosts JET Programme Career Fairs to respond to both the interests of JET Programme participants seeking employment in Japan and Japanese companies/organisations seeking multilingual, global personnel. These career fairs function as a platform for the two groups to meet within Japan.

Here, we introduce the results of a satisfaction survey carried out among companies which took part in the career fairs held last year. Please take a look at the results below.

At the Greater Tokyo career fair, most booths welcomed 41 or more visitors, with the average figure for the Osaka career fair being 26-30 visitors. This indicates a high overall average number of JET participants visiting each booth. 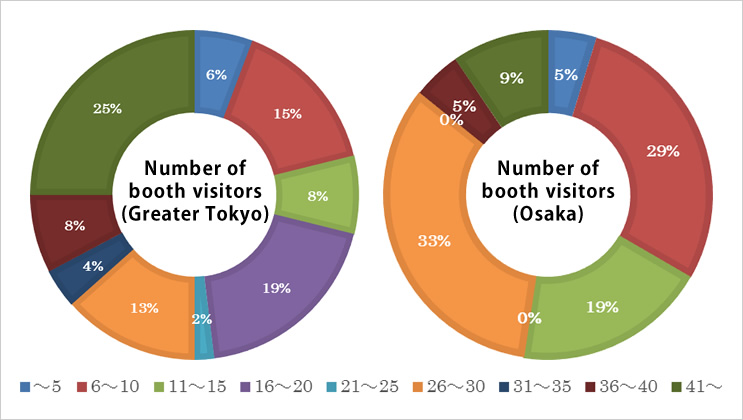 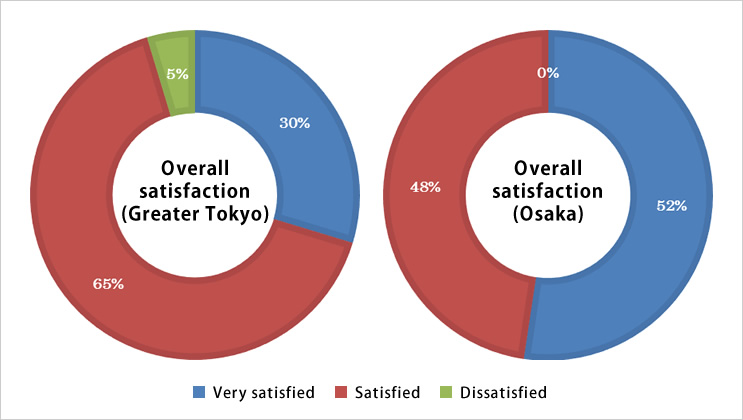 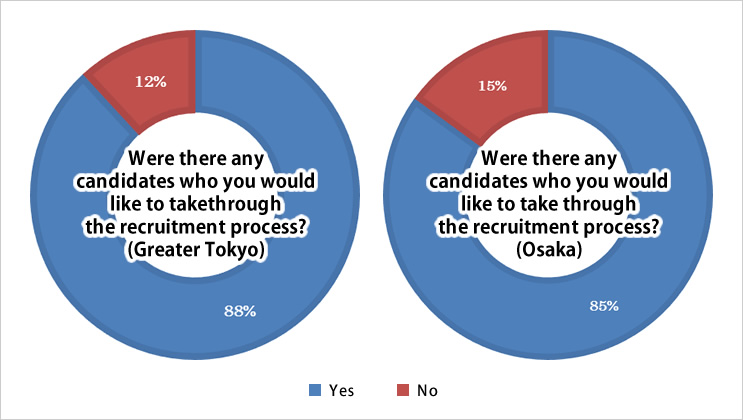 Positive points
・The level of Japanese language skill was extremely high, and we could envision employing almost everyone we met.
・Participants excelled at self expression and demonstrated a strong sense of professionalism.
・Many participants had experience in education, with many wanting to work in regional areas.
・Many participants had a strong understanding of Japanese culture and if employed could be expected to fit in and work well in our organisation
・Participants seemed to have done research in advance and were very well prepared. They were highly skilled and very talented.
・Everyone seemed to have a strong desire to gain employment with Japanese companies.
・Participants were very energetic and showed qualities not always present in Japanese people (e.g. positivity).
・The Japanese language skill level was high.

Negative points
・There were some people who did not have clear employment objectives.
・Interviews and relationship building with people who had travelled long distances

Looking at the country of origin of the visitors to the JET Programme Career Fairs held last year, 60% were from America, followed by such Western countries as the UK and Canada, then by Australia and New Zealand. More than 80% of visitors were in their twenties, with more than 50% responding that they were considering finding employment in Japan. 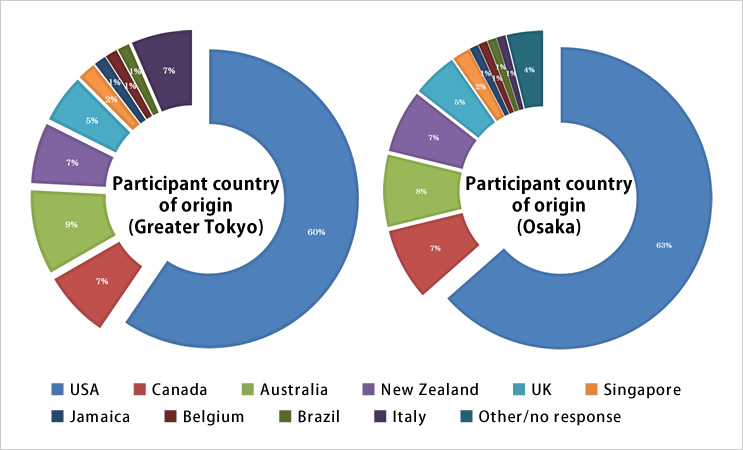 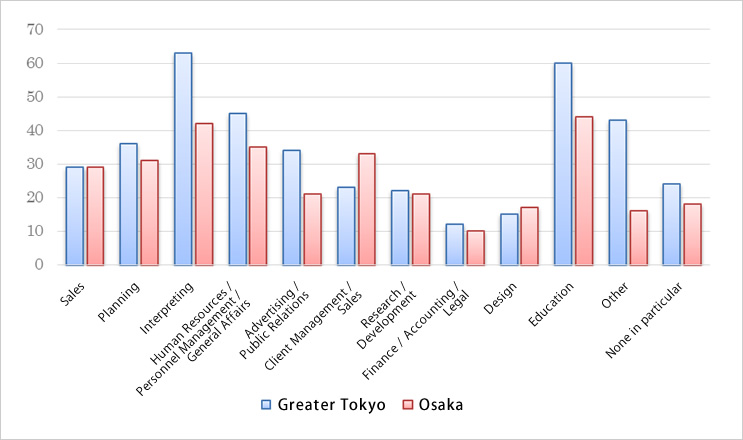 Feedback from Participants in the Greater Tokyo Career Fair

・There were really friendly and relaxed companies which provided loads of information and really tried to help, so overall it was really good!
・Those companies which I’d been sure I wouldn’t have any interest in and had no expectations about, actually turned out to be very interesting!
・The event was really well run, and there was a lot of information of benefit to JET participants and loads of information on what to do after the programme, so it really was worth it.
・I was able to meet with a lot of companies I hadn’t known about before, many of which I’d love to apply for!
・The representatives were all really friendly and explained clearly about the jobs I could apply for.

Feedback from Participants in the Osaka Career Fair

・I was able to learn a lot about the process of finding employment, and I hope to be able to use the techniques I learned to find somewhere to work after I complete the JET Programme.
・I was able to get detailed explanations and useful advice on what is expected of applicants and how best to prepare.
・It was a great fair, as I was able to discover career options other than language instruction for my post-JET Programme career.
・The morning keynote speech was wonderful, and the interviews and seminars were really worthwhile!
・I was pleased to see that the participating companies were looking for people with differing levels of Japanese ability.
・I was able to take part in a mock interview, through which I got some useful advice, which was great. I was also able to ask about the companies in great detail.